Back to All Team Members 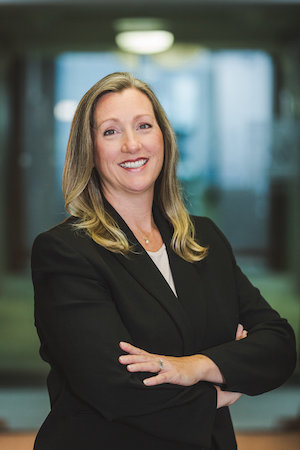 Theresa serves as Chief Financial Officer and Chief Operations Officer at WST; she is responsible for top-down oversight of the firm. After serving for seven years as Director of Operations at a local company, Theresa joined WST in 2008; her tenure at the firm has spanned roles in finance, human resources, compliance and operations, and has seen her awarded a local "Top 40 Under 40" award in 2011, a place in the LEAD Hampton Roads Class of 2011, and a "Women in Business" award in 2012. She is proud of the firm’s receipt of the Volunteer Excellence Award and its consistent placement on the annual "Best Places to Work" list.

A native of New Jersey, Theresa graduated from the University of Tennessee and later continued her education at Old Dominion University. She settled in the area after marrying a Virginia Beach native; she and her husband have three children and spend their free time at the beach, riding bikes and sampling new restaurants as a family.

Back to All Team Members
Connect with WST